Just like many other YA fantasy book fans, I’ve been eagerly looking forward to the debut of the Netflix adaptation of Shadow and Bone. A few years back, I’d devoured and adored the Six of Crow duology and then, more recently, tore through the original Shadow and Bone trilogy in a single day earlier this year. My excitement doubled once I heard they’d cast a biracial actress in the lead role because it always means a lot to me to see fellow half-Chinese actresses like Jessie Mei Li in lead roles especially when it’s for a big production like this one. The point is… I was ready and eager to consume this show when it dropped on Friday. And for the most part, by the time the credits of the final episode started playing, I really dug most of what the show did and especially adored the brilliant cast but at the same time… oh boy did their handling of Alina being mixed race make me feel a lot of things in my hapa heart. And not all of them were good. END_OF_DOCUMENT_TOKEN_TO_BE_REPLACED

More specifically…… I went to Galaxy’s Edge and cried twice before even getting into Batuu itself and then I cried probably three more times after stepping foot into Batuu. Listen: it was a very emotional day, okay?

I turned 30 earlier this month and basically spent the entirety of 2019 freaking out about it and my solution to that freak out was to plan a trip to Disney World with a bunch of friends and to try to ignore the landmark birthday by being a Star War. It ended up being one of the best weeks of my life. END_OF_DOCUMENT_TOKEN_TO_BE_REPLACED

Do you know how sometimes you get an email and you have to read it a few times before it really sinks in because it can’t possibly be saying what you think it’s saying except it is? I got one of those last November. It ultimately resulted in this: 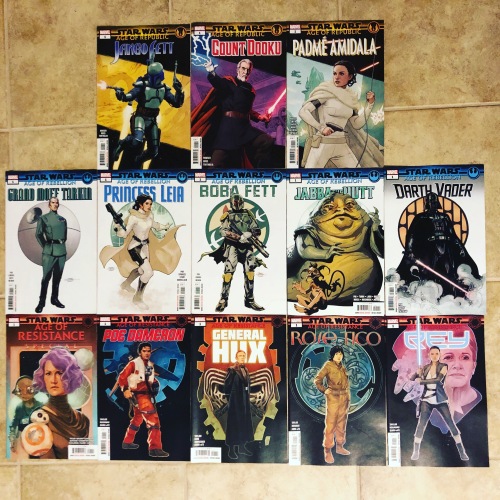 END_OF_DOCUMENT_TOKEN_TO_BE_REPLACED

Before I started playing Dragon Age Inquisition, I made one firm declaration to a friend. “I don’t care what our friends say but I am NOT romancing Cullen in this game. I’ve already romanced two blond white guys in this series and this one is a Templar and I STILL haven’t forgiven him for what he did in Origins. Jerk.” Romance aside, I was dead set on continuing to not like him even though the game clearly wanted me to. My Inquisitor may have been meeting him for the first time but I wasn’t and I was not about to forget his whole “kill all of the mages!” request to the Warden or his “Mages cannot be treated like people. They are not like you and I” line to Hawke because HOW DARE–
*takes a deep breath* *sets down the homemade FUCK THE TEMPLARS sign*

END_OF_DOCUMENT_TOKEN_TO_BE_REPLACED

Or… how I spent my unexpectedly snowy Star Wars vacation to Chicago. (Did you know that I hate snow about as much as Anakin Skywalker hates sand? Because I do.)

Snow aside, Star Wars Celebration was an incredible five plus days. I’ve been to a lot of conventions over the years but none of them are quite like Celebration. This is a convention that brings together thousands of fans from across the world just because we all love the same space franchise and then that franchise puts on the best damn show for us… literally. I’m not sure the Star Wars fandom fully grasps how lucky we are that Lucasfilm puts on the Star Wars Show live from the con and broadcasts so many of the major panels but that’s beside the point. What is the point is this: despite all the other cons that I love and routinely attend, Celebration is the convention I can’t fathom skipping. Why? It’s one big family reunion. END_OF_DOCUMENT_TOKEN_TO_BE_REPLACED

Anders broke my fucking heart. And he told me right from the start that he would. I just didn’t listen.

Listen, you must know the drill by now: Bria plays a BioWare game and has a lot of feelings about it and then writes about them. Except this time, this isn’t my third play-through of Mass Effect. It’s my very first play-through of all the Dragon Age games and I am somehow mostly spoiler free. However, this is BioWare so I knew to expect two things: romance and devastation. This game absolutely delivered on both fronts. END_OF_DOCUMENT_TOKEN_TO_BE_REPLACED

Last week was Padmé Week. It was a damn good week.

When you’ve loved a character for a good two-thirds of your life and have consistently seen parts of fandom look down on her dismissively, in part because she died of a broken heart thanks to less than stellar storytelling decisions (that droid was broken, damnit!), it can be a little disheartening. It’s especially disheartening when done so to raise up other female characters. Hollywood has given the world a strange and, quite frankly, incorrect idea of what makes a strong female character. While yes, it’s fantastic to see women in warriors roles in media, women like Shmi Skywalker who never lift a finger in combat are equally strong. There’s no right sort of capable lady and we should stop acting like there’s only one. This isn’t Highlander.

But that’s beside the point.

(Yes, I have a point.) END_OF_DOCUMENT_TOKEN_TO_BE_REPLACED

James Vega is the shipmate I never thought I’d like.

By the time you get to Mass Effect 3, you already have your team and your friends. Some of them have even been with you since the first game. It doesn’t matter whether or not you romanced Garrus because when you run into him on Palaven’s moon, you know he’s got your back because it’s Garrus freaking Vakarian. Liara may have gone through some drastic characterization changes over the years but you know she’s there for you no matter what. Vega though… Lieutenant James Vega is the new kid. He hasn’t hunted down Saren or gone through the Omega relay on a suicide mission with you but right now, he’s the guy you’ve got watching your back as you’re forced to abandon Earth and start forming yet another team to take on the Reaper invasion. As I slowly rebuilt my team, I figured I’d start phasing him out from my ground team and yet somehow, he kept going out more often than not. END_OF_DOCUMENT_TOKEN_TO_BE_REPLACED

Mass Effect made me feel like a monster and it’s all my fault.

Wait. Let’s back up a minute and let me explain.

I have a long history of playing Bioware games. Honestly, I’ve mostly played Bioware games exclusively with occasional diversions elsewhere. Knights of the Old Republic was my jam in middle/high school and I adored the (non-Bioware but it felt like Bioware) sequel game just as much. There was something about being a part of Star Wars and getting to make choices that would affect not only me but the entire galaxy that was thrilling. Even though female Revan and female Exile will always be my preference, I made it a point to play through each game with all four potential paths at least once: light side female, dark side female, light side male, dark side male. It appealed to not only my completionist side but also let me experience the story in new ways.

And then Mass Effect happened. END_OF_DOCUMENT_TOKEN_TO_BE_REPLACED